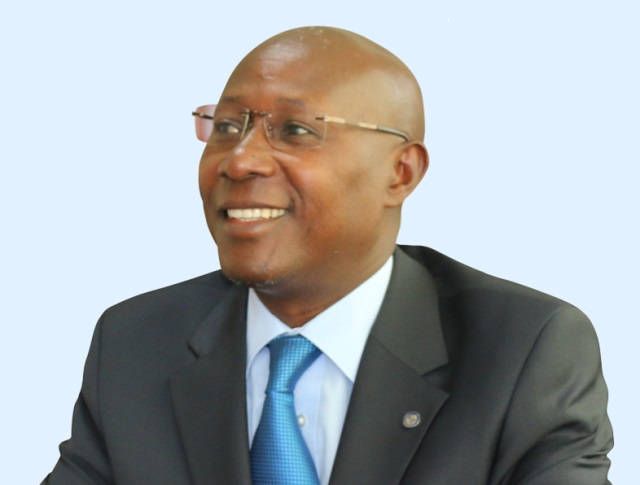 Government should lead in promoting exports

What is new at the Uganda Export Promotion Board that the public must know?

In line with our mandate, UEPB continues to facilitate exporters and the general public to access foreign markets and more importantly encourage the business community to export. The key important developments of direct interest to exporters and other key stakeholders are the promotional activities taking place in the China, Middle East and South Korea market. Three export promotional events are taking place this year in China. The government of Uganda coordinated by UEPB and Uganda High Commission in Beijing, together with The China government is holding a six-month Beijing International Horticulture Expo 2019 that started in April 29 running up to October 7.

It aims to expose and promote Uganda’s products to the China market. To further promote Uganda at this international event the organisers held the Uganda National Day on June 22 with special events to promote Uganda’s trade tourism and investment opportunities. In line with the interest so far identified, UEPB is working with the ministry of agriculture to register up to twenty 20 Ugandan products for import-entry into China. It is the first China-Africa Economic and Trade Expo to which Uganda is invited as the “Guest Co-Host Country.” Ugandan exporters will also participate at the second China International Import Expo running from November 5-11. Uganda will also be participating in the Expo Dubai 2020 which will run for six months starting October 20. In addition, with support from the Korea Trust Fund through the African Development Bank (ADB), UEPB will at the right time engage exporters to participate in an activity aimed at penetrating the South Korea market.

What major achievements have you recorded since you took over this job?

UEPB was going through restructuring at the time I joined the institution in 2015.  With the support of the Board of Directors, we have been able to re-organise the institution and create roles that are aligned to our role as the government export marketing agency. This has enabled us focus our operations and serve our clients better.  UEPB is now more visible, as a trade support services provider and has been able to help more exporters annually to achieve their export objectives. UEPB is now compliant with all government operational requirements, right from administrative to financial and technical requirements. This has led to a gradual increase in government funding to the institution especially for funds to carry out the activities (non-wage allocations). Over the last five years our budget has increased from Shs800million to Shs3billion in FY2018/19. We can do more with increased funding.

Our current export promotion strategies as a country are in line with Vision 2040, National Development Plan II, National Export Development Strategy and the Action Plan to development exports. Exports take time to grow – from anywhere 10 to over 30 years or even more, depending on the social, political and economic factors in both the domestic and global environment. We started with what we call export development to ensure that Uganda has products to export. We have made some strides in the EAC market especially with the low hanging fruits – those you can produce within 3 months to 3 years and market. We have also promoted the development of cocoa production which has expanded from the traditional growing areas to Mubende, Mukono, and Kayunga. The commercial diplomacy program that is being implemented by Ministry of Foreign Affairs to enhance the capacity of Uganda’s missions abroad to promote Uganda’s exports, tourism and investment potentials is a welcome move.

The recently read budget emphasises that exports will play an important role in growing the economy. How ready is the UEPB to support this?

Within its very limited budget, UEPB continues to provide market information about products and services. As more households produce for the market, export some of their produce (agriculture, agro-processing, industries and services), jobs are created, taxes are paid, and gross domestic product grows. As an institution we normally advise government on areas that will enhance export growth and development.

The big challenge that faces Ugandan exporters is quality. How have you intervened to deal with this?

It all begins with awareness. UEPB annually invests about 70% of its resources, provided for technical activities, in creating awareness on the significance of quality; market-entry requirements and export competitiveness. In the agriculture sector, UEPB is working with ministry of agriculture to build the capacity of exporters to comply with export market requirements. Annually, UEPB conducts up to four regional export information dissemination activities which target producers and other actors in the agricultural export value chains. For instance, in FY2017/18, on receipt of the warning from the European Union about a possible ban due to increasing interceptions as a result of non-compliance to food safety requirements in the EU, UEPB working with relevant government agencies conducted an export quality awareness program in up to eight key sesame producing districts in Uganda. UEPB also regularly works with the Uganda National Bureau of Standards to improve standards.

Which markets would you advise exporters to exploit at the moment?

Ugandan exporters should be targeting the easy to reach markets of East Africa Community and the Common Market for Eastern and Southern Africa. These are near markets with entry requirements that can be easily met. There are emerging markets in Dubai, UAE, China, India, and USA.

But some of these markets are practicing protectionism…?

Regional integration is very important for small countries, and most landlocked countries. Uganda is a member of the various trading blocs and as a member state, we implement the recommended protocols. As member states we all appreciate the benefits of these trading blocs to our people and are working towards that.

Several stories have been shared regarding failure by many Ugandan entrepreneurs to meet demand for various goods from external markets. How are you helping?

Uganda is an agriculture-based economy and more than 60% volumes of our exports are in agriculture. The challenge has been production and production for quantities for the export markets. This affects the exporters, most of whom are not producers or manufacturers. We are saying that for a company to successfully and consistently meet the demands of foreign buyers it must focus on three things; quality; quantity and sustainability of production.

There is general talk that some government agencies are failing because they are not properly coordinated. How are you managing?

UEPB continues to encourage the efforts to strengthen these partnerships. For instance, through the export readiness programs, UEPB invites MDAs such as UNBS, ministry of agriculture and others to speak to exporters. We also work together to develop standards and train companies on the export requirements.

Where is the space for the unemployed youths in the export business?

One of our strategies is to increase the number of small and medium enterprises. SMEs are the biggest contributors to employment and therefore by increasing their participation in exports business value chains, we shall also be solving the current challenge of unemployment. Over 80% of the companies registered as potential exporters at UEPB are SMEs.

What is your message to some analysts who think UEPB should be among those agencies to merge because its roles are duplicated?

As per the UEPB Act 1996 Cap. 102, the mandate of UEPB is very clear. It involves both development and promotion of exports. We have to note that UEPB challenge is not that others are duplicating our roles. For a long time, UEPB importance was not appreciated because the focus was originally domestic market, and import substitution. Our challenge has been the thinking in some government offices that exports can grow without government role in export development and promotion.

We can appreciate this thinking given the fact that we are a developing country with budgetary constraints. All countries that have achieved high levels of economic growth and developed (UK, USA, Germany, Japan, Asian tigers, India, and recently China among others), their governments invested a lot funds (they still do) to market their exports. We need to do the same because our exporters are SMEs and have no capacity to do it themselves. It is no longer in doubt that UEPB, like other Export Promotion Agencies adds value to the economy in terms of GDP and increased exports. It only needs ample support to do its job.

The International Trade Centre and World Bank have recently said in conducted studies that one dollar spent on export promotion generates $87 dollars of additional exports. One dollar spent on export promotion generates a $384 increase in GDP. They say that Trade Promotion organisations (TPOs) contribute a 5%-6% rise in GDP per capita and 7%-8% rise in exports. The government should consider critically what agencies are required at this stage of Uganda’s stride to economic growth. We feel that such agencies responsible for business competitiveness and formalisation of the informal sector (like Uganda Revenue Authority, Uganda Registration Services Bureau, UEPB, Uganda Investment Authority, and Uganda Tourism Board should get a stronger place in the current and future government architecture and construction to be able to achieve more on their mandate.