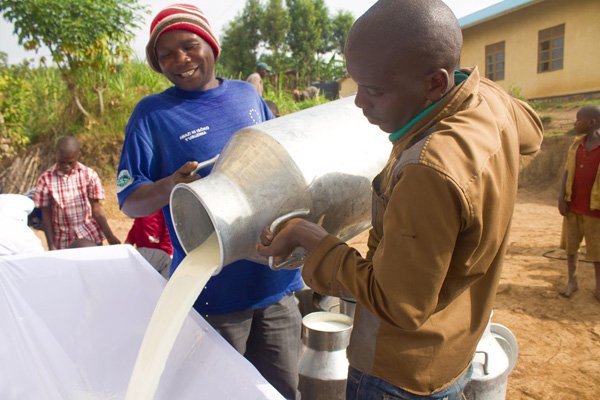 Uganda will next month present a petition before the East Africa Community Secretariat as it seeks arbitration against a number of trade blockades key among them a ban on milk exports to Kenya.

Uganda and Kenya, have for three months now bickered over milk exports with Kenya announcing last week it would not allow cheap milk from Uganda on its market.

Speaking to Daily Monitor at the weekend, Mr Dicksons Kateshumbwa, the Uganda Revenue Authority (URA) outgoing commissioner for customs, said Uganda will petition the EAC on the matter during the regional pre-budget meeting scheduled in Arusha, Tanzania next month.

“We shall discuss this matter when we go to Arusha for pre-budget meetings next month [April], so [that] we get an official stand,” he said, noting that on average in the last three months, the trade war cost Uganda close to Shs60b in milk exports.

Uganda, according to available data, had before the ban, been shipping close to 450,000 litres of milk to Kenya.

Kenya has largely remained silent on why it is blocking Uganda’s milk from its market with unofficial comments pointing to the need to protect the country’s milk industry from external competition.

Last week, Kenya’s Agriculture Cabinet Secretary Peter Munya was quoted by Daily Nation saying, they had come up with a raft of reforms that sought to protect local farmers from cheap milk imports as well as revive Kenya’s dairy sector.

Ugandan milk exporters including Pearl Dairy, which produces Lato Milk and Lakeside Dairy, which manufactures Top Dairy milk, have been locked out of the Kenyan market.

Mr Steven Aikiriza, the SNV dairy expert, operating in western Uganda, told Daily Monitor that “the country has not only lost revenue but the impact on people who are employed by the firms [Pearl Dairies, Lakeside and others] is so huge.”

Data from URA indicates that more than 30 truck-loads of milk have been forced to return while some have been diverted before the contents, which are mainly milk, are seized by Kenyan Authorities.

A protest note delivered to the Kenya High Commission in Kampala by Trade Minister Amelia Kyambadde and State Minister for Foreign Affairs Okello Oryem last month has not been responded to, weeks after a 15-day ultimatum.

Earlier in February government, through an intergovernmental agencies effort, had sought to retaliate against a number of Kenyan products entering into Uganda.

An intergovernmental agencies memo seen by Daily Monitor last month had proposed to retaliate on Kenyan assorted household goods and roofing material, among others.

However, while celebrating NRM’s anniversary in Nakaseke District, President Museveni said “there would be no retaliation”.

However, the President has since not provided any way forward and government seems to be stuck on how it can go about the milk blockade.