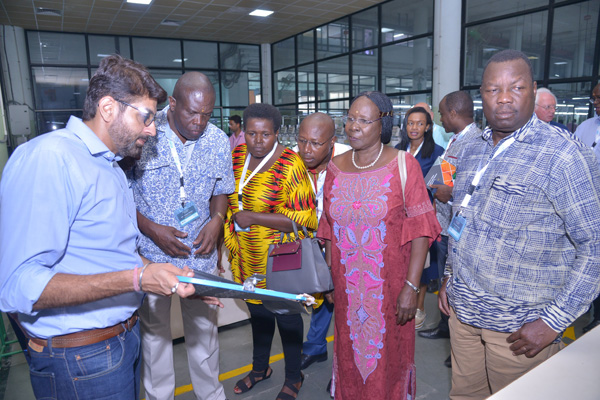 Uganda’s export receipts to Kenya more than doubled in May increasing to 54 per cent compared to April, according to data from Bank of Uganda (BoU).
According to a BoU monthly report released this month, Uganda exported goods worth $72m (Shs266b) in May up from $33m (Shs122b) in April.
The increase positioned Kenya as the leading market for Uganda’s exports in the region during the period under review.
The exports were mainly composed of maize grain, which tops the list, beans, simsim, pineapples, and watermelons. Poultry products, which had been previously banned, were also noted as some of the major exports to Kenya in May.
Kenya recently lifted the ban on Uganda’s poultry products after a number of engagements that highlighted how Uganda was going to control the viral influenza disease that had hit the country.
Similarly, according to the report, export receipts to DR Congo increased by 17 per cent in the period, earning the country about $24.9m (Shs92b), up from $20.5m (Shs75b) in April.
Uganda and DR Congo are seeking to heighten trade relations with the launch of a Regional Electronic Cargo Tracking System, which will seek to reduce the risk of freight diversion.
Speaking in Kampala last week, Uganda Revenue Authority Commissioner Customs Dickson Kateshumbwa, said: “DR Congo is a strategic market for Uganda” therefore easy tracking of cargo from Mombasa through Uganda to DR Congo will reduce smuggling and improve trade.
However, the BoU report indicates in May Uganda’s export receipts from South Sudan, Rwanda, Burundi and, Tanzania declined compared to the previous month. Export receipt from Rwanda declined further to $800,000 (Shs2.9b), representing a fall of 45 per cent compared to $1.16m (Shs4.2b) that was recorded in April.
Uganda’s exports to Rwanda have been falling on the back of a border dispute that saw Kigali close the Katuna and limiting entry of Uganda traders through other border points.
In the period under review, Uganda’s export receipts to Tanzania declined by 24 per cent, recording $4.8m (Shs17 billion) down from $6.2 million (Shs22 billion) in April.
South Sudan, a previously leading export destination for Uganda’s goods, in May imported goods worth $27.6m (Shs102b) down from $31.5m (Shs116b) in April.
Uganda’s exports to Burundi fetched $3.5m (Shs12b), compared to $3.6m (Shs13b) which the country earned in April, indicating a 2 per cent drop.

Noted Decline
Rwanda: Uganda’s exports to Rwanda have been falling on the back of a border dispute that has seen Kigali close the Katuna border and limiting entry of Ugandan traders through other border points.
South Sudan: South Sudan, a previously leading export destination for Uganda’s goods, in May imported goods worth $27.6m (Shs102b) down from $31.5m (Shs116b) in April.
Burundi: Exports to Burundi fetched $3.5m (Shs12b), compared to $3.6m (Shs13b) in April