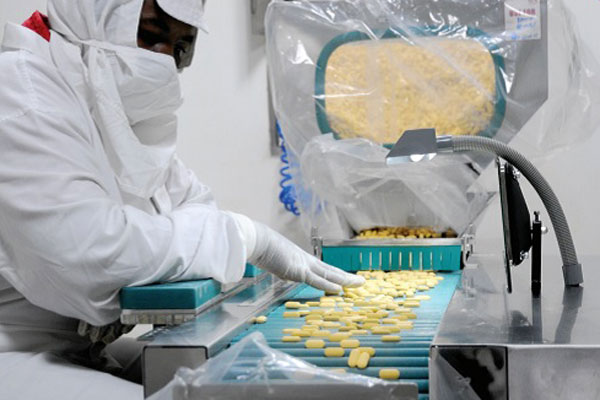 The South African Health Product Regulatory Authority has approved Cipla Quality Chemical as a drugs manufacturing site.
The approval, announced on Wednesday, is the first step in a process that will see Uganda export locally made Anti-Retrovirals (ARVs) to the southern African country.
In an interview on Wednesday, Mr Nevin Bradford, the Cipla chief executive officer, told Daily Monitor whereas the factory had been approved, there will be another process in which the drugs will be scrutinised, noting that they “[drugs] have not yet been approved.”

He noted that Cipla would have to go through other two stages that would allow the drugs export to South Africa.
“The next stage will be approving the products [ARVs] for exports to commence. We are optimistic this is going to happen in the near future,” Mr Bradford said, noting that the company is not only seeking to broaden its market, especially in Africa but helping Uganda to raise its profile abroad.
Cipla, which listed on the stock exchange in 2018, has been seeking ways through which it can improve its sales to recover from a drop in drug sales and a decline in revenues.

Mr Bradford said besides venturing into the South African market, they are also targeting new markets in South America.
“We are working towards registering the products (ARVs) on the South African market,” he said.
In November last year, Cipla dispatched its first antimalarial exports to Rwanda, initiating the first of more orders not only to Rwanda but also other countries.
The consignment was about 250,000 malarial doses.
The drugs exports, which were exported under the Presidential Malaria Initiative, according to Mr Bradford, also came ahead of other export consignments to Sierra Leone and Myanmar in south east Asia.

Private Sector Foundation Uganda (PSFU) yesterday said this was timely as many regional manufacturers continue to be constrained by the lack of market.
Mr Gideon Badagawa, the PSFU executive director, said: “This is a good open chance and a step in the right direction for Uganda. If you look at the region, most manufacturers have been constrained by access to markets.”
The approval, he also noted “speaks to the standards of Cipla”, which will give the company an opportunity to sell beyond the regional markets.

Cipla is one of the biggest drugs manufacturers in Africa and has seen its sales rise due to the Presidential Malaria Initiative contract that it was awarded by Usaid.
The initiative, which was launched in 2005, seeks to reduce malaria-related mortality by 50 percent across 15 high-burden countries in sub-Saharan Africa through a rapid scale-up of four proven and highly effective malaria prevention and treatment measures including accurate diagnosis and prompt treatment with artemisinin-based combination therapies.
The contract, which expires in two years, requires Cipla to manufacture and supply malarial treatment drugs among them artemether to selected countries.

Other export markets
Cipla is already exporting drugs to Tanzania, Namibia, Sierra Leone, Angola, Mozambique, Zambia, among others.
In Asia, the company exports drugs to Myanmar and this week new consignments were shipped to the country, according to Mr Nevin Bradford, the Cipla chief executive officer.'

Article Published in the Daily Monitor on 14th February 2020